-This film, along with “Annie Hall” solidified Allen’s brand of movie. A New York based film dabbling between comedy and drama, centered on adult themes of love, companionship, infidelity, break-ups, and divorces.

-In Woody Allen's own words, it is about 'the problems of trying to live a decent life amidst the junk of contemporary culture - the temptations, the seductions. [3]

-Equally important is the city of New York which plays a central role in the film. This is not the grimy, gritty Big Apple glimpsed in the films of Martin Scorcese (Mean Streets, 1972), Sidney Lumet (Serpico, 1973). [3]

-Allen said, "I presented a view of the city as I'd like it to be and as it can be today, if you take the trouble to walk on the right streets." [3]

-In a conversation with Silvio Bizio, the director revealed that the idea for Manhattan "evolved from the music. I was listening to a record album of overtures from famous George Gershwin shows, and I thought 'This would be a beautiful thing to make a movie in black-and-white, you know, and make a romantic movie." [3]

-United Artists initially had some reservations about allowing Allen to shoot in monochrome due to commercial considerations but eventually gave in to his demands. Allen promptly hired cinematographer Gordon Willis who decided the best way to capture New York City was in the wide-screen Panavision process. It proved to be an inspired creative decision which is evident from the exhilarating opening montage set to Gershwin's "Rhapsody in Blue." [3] 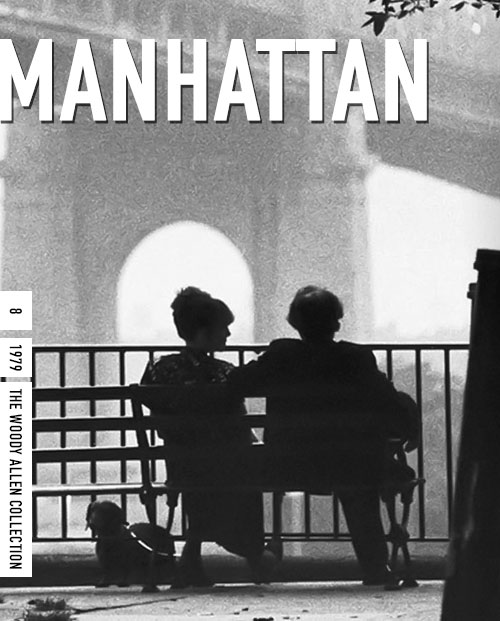 Isaac is a twice divorced New York writer with a 17 year-old girlfriend, Tracy, who has quit his job and is now afraid his upcoming book won't provide him with much of an income. It doesn't help that one of his ex-wives is also writing a book about their time together. He meets the somewhat pretentious Mary - who is seeing his married friend Yale - and he immediately takes a disliking to her. As they meet again however they begin to take an interest in each other and eventually fall in love. Tracy has a scholarship to a school in Europe and Isaac encourages her to take it, saying there is no future for them given the differences in their ages and the fact that he loves Mary. When Mary rekindles her affair with Yale, Isaac is left in the middle. [1]

-Since the #MeToo movement, [Woody's] once celebrated film “Manhattan” has emerged as the archetypal work of male-chauvinist art, a byword, for some, for everything that’s wrong with Hollywood and the patriarchy. [10]

-Lisa Schwarzbaum, the former movie critic for Entertainment Weekly, pointed out in an email interview, “‘Manhattan’ was always about a middle-aged man with a high school girlfriend. Back then, ‘Manhattan’ was made by Woody the Lovable Neurotic Nebbish, and now it has been made by Allen the Monster. And it’s the same movie.” [10]

-If “Manhattan” is lately one of Mr. Allen’s most disparaged films, for decades it was among his most beloved, selected for preservation in the National Film Registry, playing to adoring fans in revival houses, serving as a glorious advertisement for New York. Writing about romantic comedies in The New Yorker, in 2007, the critic David Denby said that “Manhattan,” along with “Annie Hall,” took the form “to a level of rueful sophistication never seen before or since.” Roger Ebert included the film in his list of the “Great Movies.” [10]

-It’s the film that, apart from everything else, invented the romcom cliche of the last-minute rush to the airport. However we feel about this scene now, and to me it feels bleak and autumnal rather than romantic or funny, Hemingway’s performance has a dignity and maturity, especially in her hurt feelings when Isaac breaks up with her. She has an honesty and authenticity that the rest of the cast, for all their comic brilliance, do not...Nothing has changed in how compelling and addictively watchable this film is. [11]

-There are many who find themselves wondering if they can still love “Manhattan” or “Crimes and Misdemeanors” if the allegations against Allen are true. It’s highly unlikely, however, that those same people would wonder if they needed to move out of a house if they discovered the carpenter who built it had been accused of the same offense. This is because of art’s exceptionalism — we view artistic endeavors as different from other works. But it’s this same exceptionalism that allows a person to consume art by people they see (rightly or wrongly) as monstrous: What you know about an artist can inform the experience you have with whatever they create. A film is not just a product that has one utility; it’s a collection of ideas that can be weighed and considered in concert with one another. [12]

-Watching a movie is not a tacit endorsement of the person who made it. I suppose it would be if you believed films exist solely as commodities whose only purpose is to earn revenue, but it’s hard to imagine a person who thinks like that grappling with this kind of problem. You can engage with art in many ways simultaneously (both as an autonomous fictional composition and as a work that exists in the outside world). You unconsciously inject whatever you know (or suspect) about a film’s director — or its screenwriter, or its cast, or the studio paying for it — into the film itself, effortlessly creating a new meaning that does not ignore or exempt whatever issues surround it. It’s not as if watching a movie magically eliminates what you know (or suspect) about the person who directs it. The obligation of the audience is to watch with a fair mind: to neither deny what you know about its real-world creation nor fabricate a fictional subtext that suits what you want to believe. [12]

-The British Academy of Film and Television (BAFTA) named Manhattan the Best Film of the year. [2]

-In 2001, the United States Library of Congress deemed the film "culturally significant" and selected it for preservation in the National Film Registry.

-Mariel Hemingway, she received a Best Supporting Actress Oscar nomination for her role in this movie.

-While this is Woody Allen's least favorite of the movies he has directed, this was the most commercially successful film of his career. He said years later that he was still in disbelief that he "got away with it." [1]

-Cinematographer Gordon Willis, who’s also shot The Godfather films, Annie Hall and The Purple Rose of Cairo says that this was his favorite of all his movies. [2]

-Presentations of this film on television (broadcast, cable or home video) required preservation of the widescreen format. This presented a problem in the U.S. since certain F.C.C. technical regulations did not permit a portion of the screen to be left blank as in letterboxing. The problem was solved by making the area above and below the frame gray. The regulations have since been changed and letterboxing with black borders is now permitted. [1]

-When released on video, it was the first cassette to be encoded with the letterbox format. [1]

-The production had to bring their own bench, because there were no park benches at the location. [6] The bridge had two sets of necklace lights on a timer controlled by the city. When the sun comes up, the bridge lights go off. Willis made arrangements with the city to leave the lights on and he would let them know when they got the shot. Afterwards, they could be turned off. As they started to shoot the scene, one string of bridge lights went out and Allen was forced to use that take. [8]

-This is the last time Woody and Diane Keaton fall in love onscreen.

-Jodie Foster was considered for the role of Tracy. [1]

-Woody Allen disliked his work in this film so much he offered to direct another film for United Artists for free if they kept "Manhattan" on the shelf for good. [1]

-He later said, "I just thought to myself, 'At this point in my life, if this is the best I can do, they shouldn't give me money to make movies."[6]

-Many people often speculate that he actually just didn’t want the world to see a movie in which he played such an unlikable but yet vividly realized version of himself. [2]

-This is one of the very few Woody Allen films to not have opening credits. [1]

I'm old fashioned. I don't believe in extra-marital relationships. I think people should mate for life - like pigeons or Catholics.

I had a mad impulse to throw you down on the lunar surface and commit interstellar perversion.

-Film critic Tom Milne wrote, "it's funny and sad in exactly the right proportions. Allen could well strive vainly ever to better this film." [3]

-Cinematographer Gordon Willis returns, once again, and makes what Roger Ebert called “one of the best-photographed movies ever made.” [2]

-Although it seems less commercial, Manhattan actually made even more money than Annie Hall and was the 6th biggest movie of 1979 (take that, Meatballs!). He’s had a few more minor hits and enduring popularity in Europe, but Manhattan was his last blockbuster in America [Until Match Point (2005) and Midnight in Paris (2011). [2]

-Gary Arnold, in The Washington Post, wrote, "Manhattan has comic integrity in part because Allen is now making jokes at the expense of his own parochialism. There's no opportunity to heap condescending abuse on the phonies and sellouts decorating the Hollywood landscape. The result appears to be a more authentic and magnanimous comic perception of human vanity and foolhardiness". [8]

-In his review for Newsweek magazine, Jack Kroll wrote, "Allen's growth in every department is lovely to behold. He gets excellent performances from his cast. The increasing visual beauty of his films is part of their grace and sweetness, their balance between Allen's yearning romanticism and his tough eye for the fatuous and sentimental – a balance also expressed in his best screen play yet. [8]

-Chicago Sun-Times, Roger Ebert wrote, "Diane Keaton gives us a fresh and nicely edged New York intellectual. And Mariel Hemingway deserves some kind of special award for what's in some ways the most difficult role in the film".[18] Ebert includes the film in his list of great movies. [8]

-Time film critic Frank Rich wrote at the time that Allen's film is "tightly constructed, clearly focused intellectually, it is a prismatic portrait of a time and place that may be studied decades hence to see what kind of people we were." [8]

-in 1979 TIME magazine published their review stating: "It is a very deceptive movie. Shot in black and white (actually in a rich variety of grays painstakingly rendered by Cinematographer Gordon Willis), it announces at once that it intends to be different from the general run of movies. Still, the picture induces howls of laughter in the opening reels, raising expectations that we are again simply going to see the superb comic character whom Allen has been developing since the early '60s. After a while, however, the raucousness dies down. The movie never ceases to be funny, but it starts to be something more. In the end, by administering a series of steadily intensifying shocks of recognition, silence in the theater is almost complete—and there is something awed about it. We are not prepared for the earnestness, integrity and palpable truthfulness that is offered in Manhattan." 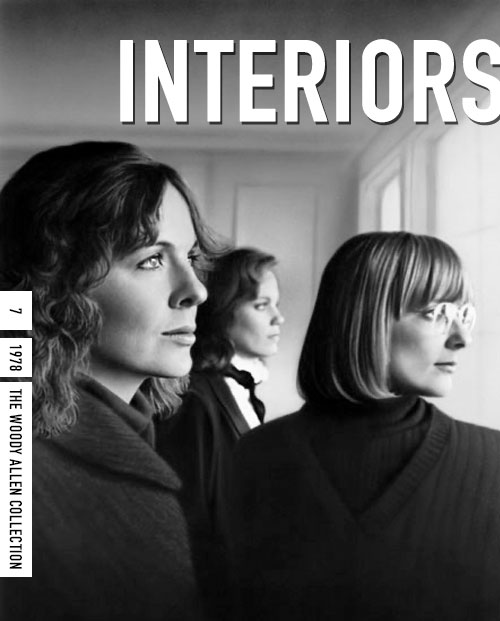 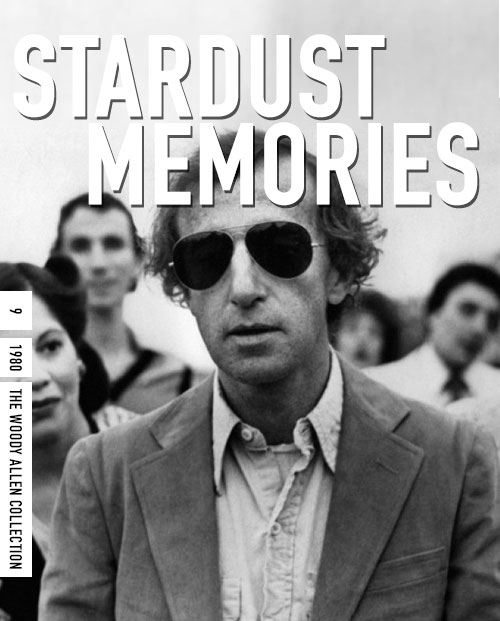